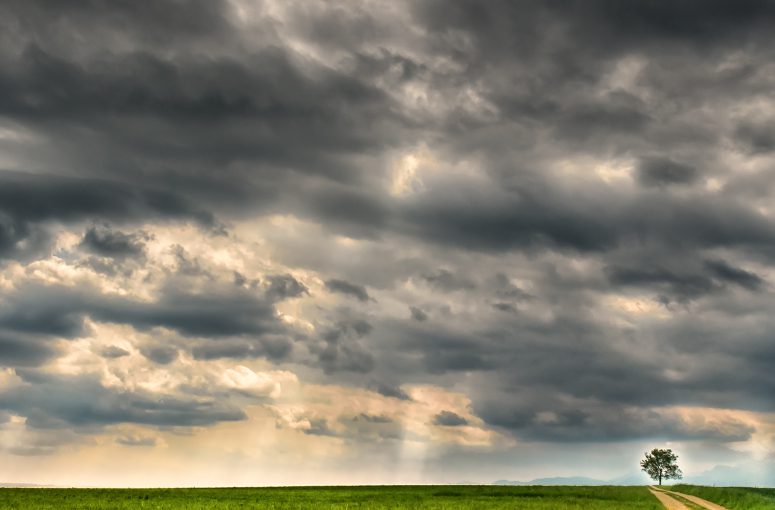 Today I find myself in the place called “Middle Ground”. It used to be a hugely popular place, so crowded you couldn’t hardly get in. But today, it is almost completely abandoned. It’s empty. Just me, and as I look around, I see few shredded scraps of common sense blowing around, along with the occasional scrap of dignity or mutual respect. But no people.

If I look as far as I can see to the right, I can see a huge group of people off in the distance, very loud and boisterous, some almost clown-like. I can’t make out all they’re saying, but they seem to be very upset about Mexicans and gay people, and some guy named Ben Gazi.

If I look as far as I can see to the left, I see another huge group of people off in the distance, equally boisterous and buffoon-like. They seem to very badly want high wages and free abortions for McDonald’s employees, and they’re oddly obsessed with flags and the color green. Maybe they’re Irish?

It’s lonely here. I thought about maybe wandering over to one side or the other, but I like Mexicans (love their food) and gays, but I also like McDonald’s (love their food too) and don’t really need a free abortion or look good in green, so I don’t know which way to go.

To make it worse, both sides are only willing to accept me if I completely agree with their viewpoints one hundred percent of the time, on every single thing. They allow no room for debate or dissension, not if I’m to be considered one of them. So I just stay put and remind myself why I came to Middle Ground in the first place.

I do like it here. It’s quiet. People can come and go as they please, and do as they like, and it’s okay to be different, or have opinions. Here those things don’t define you. It’s nice. It’s just, well… so boring with no one else around. Mostly I just sit around and wait for someone else just to show up.

In the meantime, I figure if I can gather up enough of these shredded scraps of common sense, maybe I can make a nice papier-mâché project out of them or something.