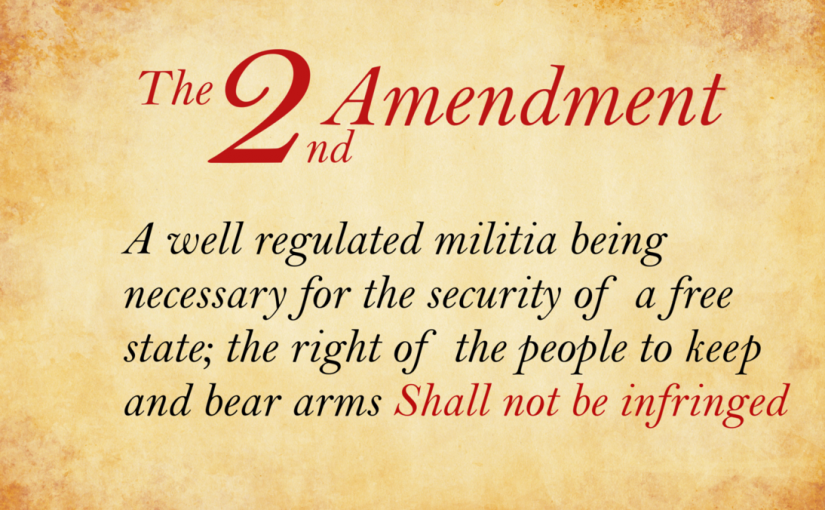 I’ve given up on this.

If Sandy Hook doesn’t change things, I can’t imagine what will. It’s like we as a society have decided that children’s lives don’t matter. I mean, how dare we put the life of a child above our god given second amendment right for any lunatic to own a ridiculous cache of high power semi-automatic rifles, without any sort of training, licensing or certification.

We live in a country where operating any sort of equipment or machinery that could possibly kill someone requires a minimum level of training and certification, except for the one piece of equipment that was explicitly designed to kill.

Eh, maybe when they start shooting up the private schools the Senators and Congressmen send their kids to, or the elite boarding schools their high dollar contributors ship their kids off to, then something will change. As long as it’s poor people’s kids and middle class kids being killed, nothing will change.

This is the last thing I will have to say on “gun control”. Feel free to argue amongst yourselves ad-infinitum. I’m out.

When I was a kid, like most kids I had an allowance, and later on a part-time job, and my dad would pretty much let me have anything I could afford to buy for myself, provided…. I was responsible with it.

To the “responsible” gun owners out there, you want to keep your guns? Fine. Live up to your responsibility. Be responsible. Don’t just talk about it, do it. See that it’s done. Keep your guns safe, and out of the wrong hands. See that your fellow gun owners do the same. See that your gun dealers do the same. See that law enforcement has the tools they need to deal with those who fail in their responsibility. Make some hard choices about what you do and don’t need, what you can and can’t live with.

You don’t want government to interfere, fine – don’t give them a reason to. Find a way to make it happen, or your government, spurred by the parents of too many murdered children, will find a way for you. Be responsible. Be truly responsible. At this point gun owners, if you get your guns taken away from you, you will have no one to blame but yourselves.