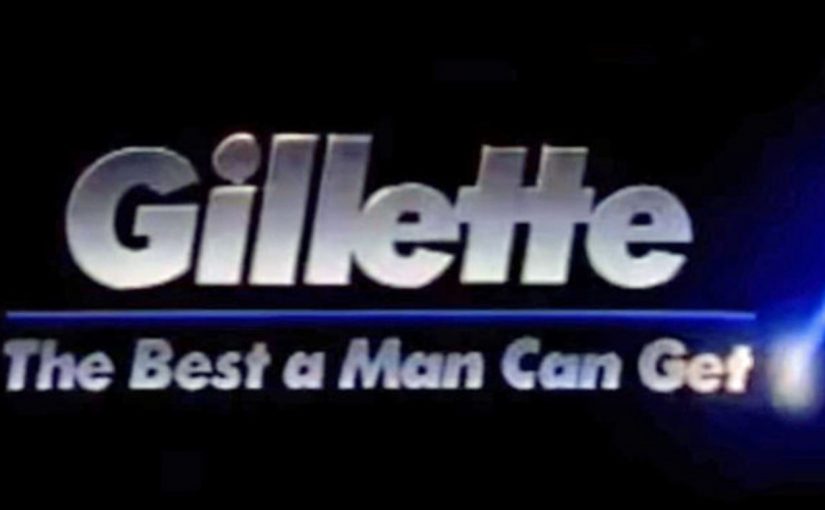 I’m beginning to think some of you people don’t understand how advertising works.
Gillette created a two minute commercial that suggested perhaps men shouldn’t be dicks. Some people love it, applauding the effort of men encouraging men to be better. But others are bent by it, seeing it as insulting, condescending or even emasculating, part of some kind of continuing “war on men”.
Both views completely miss the point of this ad. This purpose of this ad wasn’t to help men be better men. It wasn’t about addressing toxic masculinity. It wasn’t made to “raise awareness”, or “open a dialog”. Some of those things may happen as a result, but they are side effects.
The only purpose of an ad like this is to get as many people talking about Gillette as possible, while spending as little money as possible to do it. That’s it. Nothing more. If you sell an cheap commodity product, one that is virtually indistinguishable from your competitor’s product, the only thing that matters is brand recognition. You want people equating your name with your product. Exclusively if possible. That’s what this ad was designed to do, get as many people as possible to mention Gillette by name. Brand recognition.
That has always been Gillette’s strategy. And if you don’t think it works. Try this: name two other brands of razor blades. Are you sure about that second one? Okay, name a third.
And it worked brilliantly. I’m guessing many of you have heard something about the controversy, but haven’t seen the ad. And I’m guessing those of you who have seen the ad are like me, and only watched to see what the fuss was all about. But the beauty of it is, it doesn’t matter if you’ve seen it or not, or if you even know what it’s about or not, the end result is you’re talking about it, and mentioning Gillette by name while doing so. Mission accomplished.
And by the way, they spent zero money airing this ad. To date is they have bought no air time for it on TV, or as a paid ad on websites. It was uploaded to YouTube. That’s it. They parked it on YouTube and let the “influencers” have at it. And they did. And now literally everyone on social media is talking about it. And it cost Gillette next to nothing to produce and literally nothing to air. Like I said, mission accomplished.
Of course, using controversy to generate publicity is nothing new, but doing it with a controversy that’s widely viewed as positive rather than negative, that’s something of a holy grail in advertising. And from that standpoint, Gillette nailed it as well.
They generated a huge amount of free publicity, for very little money, and got to look like the good guys while doing it. Folks, this is the stuff of advertising legend. Somewhere the ghost of Don Draper just popped a boner so hard it cracked open his coffin.