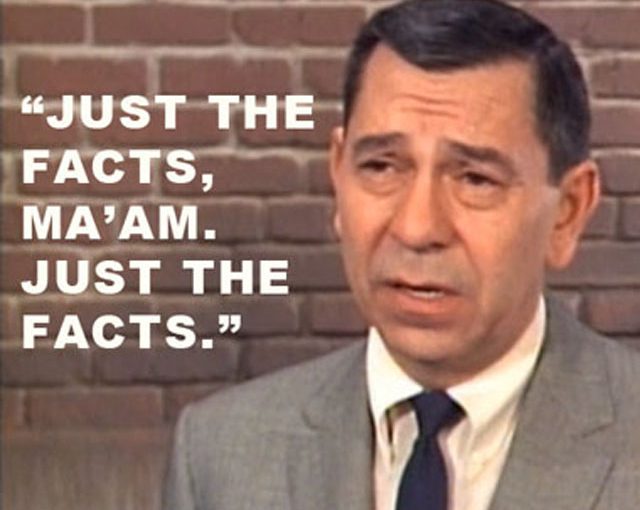 You’ve heard this before, probably a lot lately.  Fake News!

Trump supporters have a whole toolkit full of excuses for their president’s behavior, from “he speaks his mind” to “he’s still new to the job”, but one of the popular excuses I’m hearing lately is a little troubling, and it goes something like this…

Oh, that’s just the media, you can’t trust them, you can’t believe anything they say.

Okay, let’s stop and look at this for just a moment, I promise this will be brief.

Is the media a profit-based enterprise driven by an agenda that has nothing to do with the truth?  Yes.

Does the media use sensationalism, hype, and exaggeration to attract viewers/readers/eyeballs?  Yes.

Does the media frequently present things in a way that makes whatever it is look worse than it really is?  Yes.

A big fat outstanding “YES” to all of the above, and more.  But…

There is one thing the media uses, a tool of the trade, if you will, that they cannot alter for their own benefit, even though they may try.

Facts have a lives of their own, outside of the media, they can be corroborated and verified independent of the entities reporting them.  A fact is either true or it isn’t (which is to say it is not a fact), and because we have the entire sum of human knowledge available at our fingertips, this can usually be determined quickly and easily.  Hell most of them are on videotape.

It doesn’t matter what spin a reporting organization puts on it, it doesn’t matter how far left or right they lean, at the core of what they are reporting are facts.  Or made up bullshit.  And guess what, it doesn’t take long to figure out which organizations deal in facts (no matter how honestly or dishonestly), and which organizations have no interest in actual facts, choosing instead to make up their own “alternatives”, for readers/viewers who also have no interest in actual facts.

So, no matter what the story is, look past the sensationalism, look past the bias, look past the hyperbole, look past all the other media circus nonsense, and pull out those little nuggets of facts buried there at the bottom.  Use multiple sources, covering the entire spectrum, from left to right, and eventually you will see that, although the spin may be diametrically opposed, those core facts are still there, unchanged.  Living a life of their own.