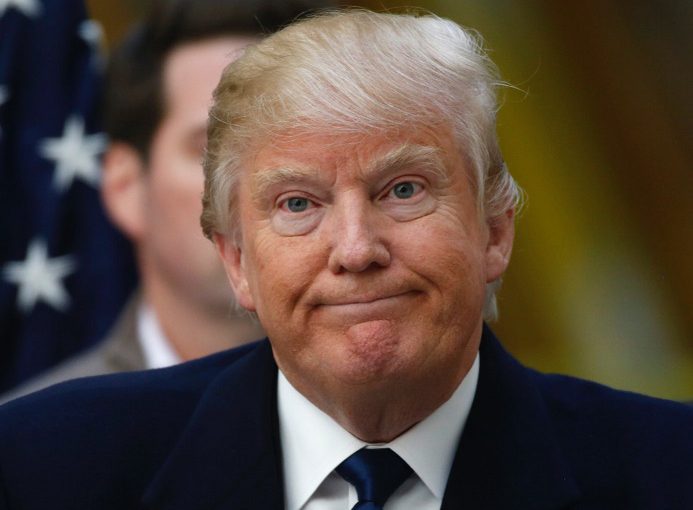 Donald Trump’s apologists, many of them women, have launched a three-pronged defense of the latest recorded revelations of his true attitudes towards women.  The defense goes something like this…

Okay, let’s examine, shall we?

Personally, I have never bragged about sexually assaulting a woman, and I know other guys who never have either.  And there’s plenty of us guys out there who don’t think it’s cool to talk about fucking another man’s wife.  Frankly, the idea that we’re all alike, that we all talk like some shit-for-brains hormonal middle-school troglodyte, is offensive.  Some of us who take great pride in how we treat the women in our life.

If you are a woman, and the significant men in your life all talk like this, first, I’m sorry.  Second, I would recommend you try associating yourself with a higher class of man.  Your personal experience notwithstanding, not all men are scumbags.

This is probably the most dangerous element of the apology.  Sure, some of it was “just talk”, the usual locker room vulgarity, and right, who cares, but…  Some of it was talk about actions.  Actions.  Actual things he has done.  Part of it was Trump bragging about how he assaulted women, and how it was okay because he was a “star”.

This isn’t just talk anymore.  This is admitting to sexual assault, and being proud of it.  Let me say that again, so maybe it sinks in a little.  He is proud of having assaulted women.  Proud of it!  At least Monica’s time as a makeshift humidor was consensual.  And at least Bill had just enough common decency left to not be proud of it.

Again, not all men are like this.  If this is how your man treats you, and other women, get out of that relationship.  Believe it or not, there are men out there who respect women, and treat them as worthy of respect. You deserve better.

Boys will be boys. / Men will be men.

This is the excuse you use when boys get hurt climbing a tree, or men get into a bar fight.  It is not a valid defense for sexual assault.  Remember when Brock Turner, the swimming star for Stanford University, raped an unconscious woman behind a dumpster?  Remember how upset everyone was when the judge basically treated that as a “boys will be boys” incident?  Why, because it simply is not a valid excuse for sexual assault, Brock Turner’s or Donald Trump’s.  End of story.

Do you really want your son growing up to think it’s okay to assault girls, because that’s just what boys do?  Stop it!  If you wouldn’t except this behavior from your son, you certainly shouldn’t condone it in a president.

One thought on “Locker Room Talk”