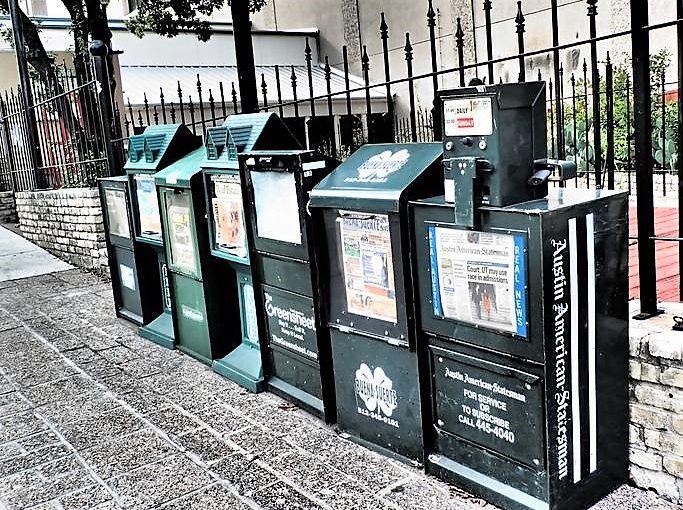 A few quotes about the press…

Were it left to me to decide whether we should have a government without newspapers or newspapers without a government, I should not hesitate a moment to prefer the latter.
— Thomas Jefferson

Our first object should therefore be, to leave open all the avenues to truth. The most effectual hitherto found, is the freedom of the press. It is, therefore, the first shut up by those who fear the investigation of their actions.
— Thomas Jefferson

The liberty of the press is essential to the security of freedom in a state: it ought not, therefore, to be restrained.
— John Adams

Freedom of speech is a principal pillar of a free government: When this support is taken away, the constitution of a free society is dissolved, and tyranny is erected on its ruins.
— Benjamin Franklin

A popular Government without popular information, or the means of acquiring it, is but a Prologue to a Farce or a Tragedy, or perhaps both.
— James Madison

Without debate, without criticism, no Administration and no country can succeed , and no republic can survive … and that is why our press was protected by the First Amendment.
— John F Kennedy

The FAKE NEWS media (failing @nytimes, @NBCNews, @ABC, @CBS, @CNN) is not my enemy, it is the enemy of the American People!
— Donald Trump