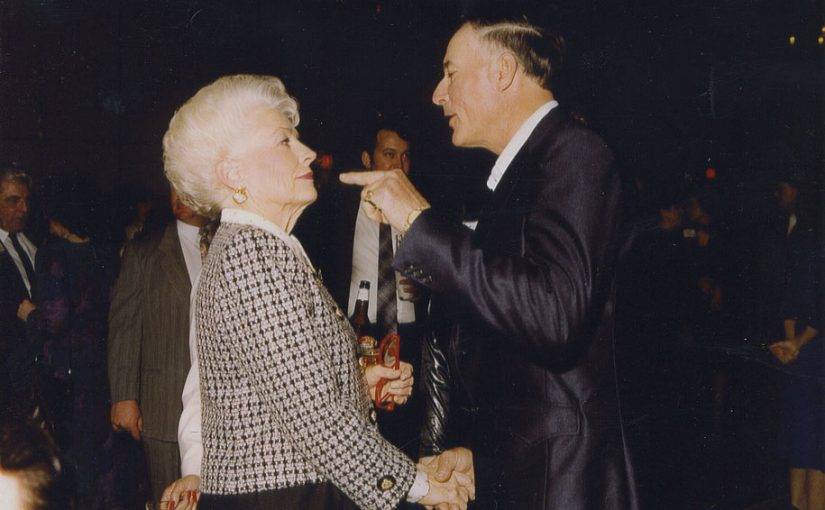 Gather around, boys and girls, let me tell you a story about what life was like back in the “Before Time”.

The year was 1990.  The Internet wasn’t a thing yet, but CompuServe was, and Sears had just launched Prodigy.  (Yes, Sears. Believe it or not, Sears was the Amazon of their day.)  We were only two years removed from Reagan, Newt Gingrich and Donald Trump were still on their second wives, the Berlin Wall had just fallen, and grunge didn’t exist yet.  In short, it was a great time to be alive.

Back in those days, yours truly lived in a wonderful land called Texas, and Texas was in the midst of electing itself a new governor.  See if this sounds familiar:  The Republicans nominated an colorful, brash, outspoken, businessman, one with zero experience in government, while the Democrats nominated, wait for it, *gasp*, a woman, one who had made her career in politics.

Texas, then as now, was solidly a red state, and Texans do love their colorful brash outspoken businessman types (see Perot, H. Ross), so conventional wisdom was that the Republican nominee, Clayton Williams, was a sure thing, a done deal.  Never mind for a second that the Democratic candidate, Ann Richards, might be more qualified for office.

Then one day the tides turned.  Our boy Clayton made a joke about rape.  And that joke, somewhat mild by today’s standards, changed the trajectory of the entire campaign.

Now, let me stop right here a moment , and be clear about a few things.

At no time was Clayton Williams ever accused of any sexual misconduct.  There is no indication he ever grabbed anyone by their… anything.  There were no accusers from his past. No women came forward with complaints.  No shopping malls banned him from their Sears.  And, as far as we know, no actresses, comediennes , or potted plants were masturbated in front of.

What he did do was this:  Inclement weather was delaying a campaign event, and Williams compared it to rape, saying “if it’s inevitable, just relax and enjoy it.”

Further, there was no question that it was a joke.  Although in bad taste, everyone knew it was as a joke.  Everyone sort of knew he was a bully and an idiot, and perhaps he didn’t take rape as seriously as he should, but no one, then or now, has referred to him as a sexual predator.

Yet overnight, what had been a huge lead in the polls dwindled away.  His supporters turned away from him in droves.  In the end Ann Richards was elected the first women governor of Texas.  (With an asterisk, there was another before her, but that is a whole other story.)

Well, boys and girls, back in those days the people of Texas, including the Republicans of Texas, decided that character matters.  They were unwilling to sacrifice their principles or their values just for the sake of party loyalty.  They were unwilling to overlook a serious character flaw just to keep the other side from power. Principles mattered. Values mattered. I know it’s hard to understand today, but it was a different time back then.

And thus a Democrat, a woman, became the governor of the reddest of the red states.  And guess what?  Texas survived.  Texas remained Texas.  There were no riots in the streets, no gun confiscations, no rampant waves of abortions, no sharia law, and the whole state didn’t turn gay overnight.  None of the fear-mongering we know today came to pass.  Texas remained steadfastly Texas.

That all seems like such a very very long time ago now.

I have never, ever been so drunk that I thought it was okay to fuck a woman passed out behind a dumpster.

I don’t think it’s possible to get that drunk.

You see, you are either a person who thinks it’s okay to fuck someone who is passed out, or you are not.  No amount of alcohol changes that.

When people do things drunk that they wouldn’t do sober, it is always, and I mean always, things that they wanted to do.  The only reason they didn’t do them sober was because they feared the consequences.  That is what alcohol does — it removes fear.